* This is an irregular feature that Alexa does when her mind is on something that she wishes to share with the blogging world. I have done a few of these posts in the past but this is the first one I’ve done in a while.*

So lately I have been reading so many books that have love triangles in them and I have started to notice that there was one type of boy that I kept falling for. You see in love triangles there is always the good boy, the one who is sweet and really loves the heroine but refuses to be with her because some rule says they can not fall in love. Don’t get me wrong the good guy is always a nice character who has good looks, a good personality and a bit of romance is normally shown by him and his words to win over the heroine at one point. However, the good boy always screws up because just as the heroine falls for him he will push her away because of the moral code thing and then who does she always run to…you guessed it THE BAD BOY! To me the bad boy is far more interesting than the good boy. I mean come on the bad boy is normally for the dark angel side or the side of the government reestablishment. The bad boy has charm, isn’t afraid to fall for the heroine and show his feelings, he normally is a tortured hero and has the best lines in the entire series. The choice is clear that the good boy will always win out in these series because that is the one the heroine pines for but I just put my foot down and say no more. I love the bad boy! The bad boys are my favorite lately and even though I doubt they will win because as I just said the heroine will always keep her sweet and comfy relationship with the good boy come the end of the series, I wish secretly every single time that the bad boy won out. I mean what is wrong with falling in love with the bad boy…let us take a look at some of the bad boys I love and why the heroine should pick him over her goody two shoes good guy boyfriend. Warner from the Shatter Me Series by Tahereh Mafi

Warner is strong, silent, commanding, unforgiving, and utterly destroyed. He is the best of the tortured hero world of bad boys. His past has left him with scars and has shaped him into a man who abuses power, a man who will stop at nothing to have Juliette in his grasp.

“I want so many things,” he whispers. “I want your mind. Your strength. I want to be worth your time.” His fingers graze the hem of my top and he says “I want this up.” He tugs on the waist of my pants and says “I want these down.” He touches the tips of his fingers to the sides of my body and says, “I want to feel your skin on fire. I want to feel your heart racing next to mine and I want to know it’s racing because of me, because you want me. Because you never,” he says, he breathes, “never want me to stop. I want every second. Every inch of you. I want all of it.” Phoenix from the Embrace Series by Jessica Shirvington

Phoenix is sarcastic, funny, dark, mysterious, loving, and dark. He is everything a girl should look for in a bad boy. He isn’t afraid of doing what he wants with Vi, he isn’t afraid to be close to her, to wrap her emotions to his very will.

“It’s too late!” I cried
“I thought that once, too. But it’s never too late. You taught me that. Love can make us eternal.” 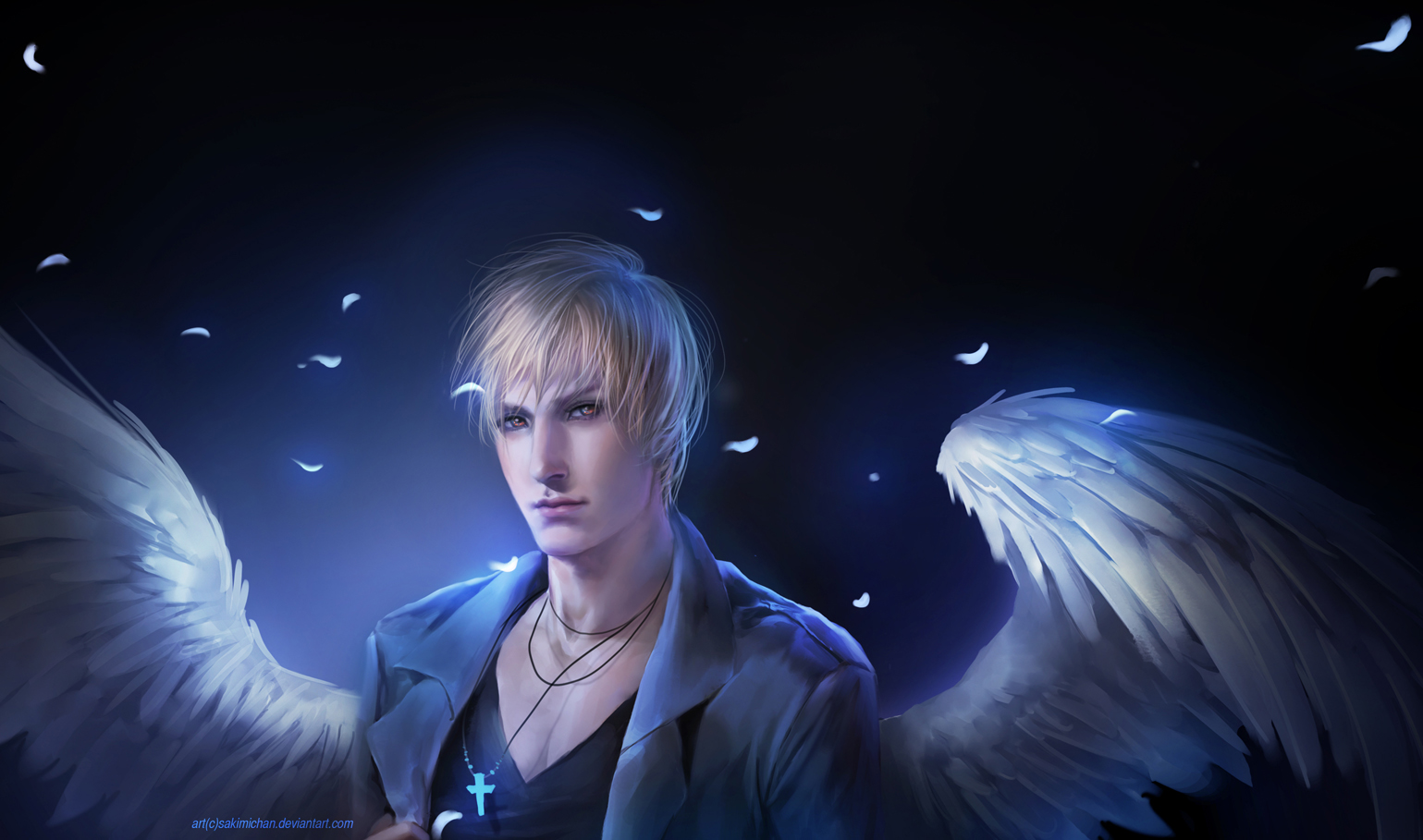 Cadan from the Angelfire Series by Courtney Allison Moulton

Cadan is sarcastic, a goof, loving, and slightly mysterious. He has a big personality that he only shows a little of to Ellie and he knows how to be around for her when he needs to be, even if he is working for the evil side of the story.

“Imagine what would have happened if you hadn’t heard her coming.”
“Screw you,” I growled, and grabbed his collar to drag him out of the stall.
“In a public restroom, Ellie? Really? Didn’t think you were that kind of girl.”

Cole from the Everneath Series by Brodi Ashton

Cole is twisted, dark, a taker, cunning, and yet lovable. He used the heroine in the first book for his own personal gain but he still cares no matter what he says.

“Tell me why you care,” I said.
He put his hands on the windowsill. “Because it’s you. Despite what you think of me, your pain will always be my pain.”

8 Responses to “Girl Behind the Blog: Good Boys vs. Bad Boys: Who I Love More”