When I was asked to read The Legend of Lady MacLaoch by Becky Banks I was so excited. I did end up greatly enjoying the book and you can find my review HERE
Today I’m pleased to have Becky here for an interview. 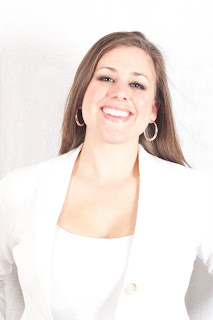 1. What got you into writing?
A little pink diary was what got me into writing. I was seven when I got it and started logging my life in it. That eventually transformed into poetic waxings in high school and most likely what made me take a fiction writing class in college. It wasn’t until I was solidly in my career in environmental sciences (not as a writer mind you) that I realized I wanted to write a novel. It came about more as a personal challege after having read a book I thought I could de better than, and I began writing my first manuscript. I’d go on to start and not finish two others before I began and finished The Legend of Lady MacLaoch. But unlike most writers, I’ve come to the writing path in a way that has taken me by surprise, who’d have thought that a little pink diary woudl cause all this?
2. What made you think of combining contemporary and historical romance?
Oh, great question! I’d not really thought of The Legend of Lady MacLaoch as a blend of comtemporary and historical romance until now. You see the stories I write just come to me and I write them, though I suppose the blend of past and present can come down to a single inspirational moment I had while in Scotland last. It was at Dunvegan castle, I was staring at what they call the “fairy flag’ on display in one of their artifact rooms. The flag was assumed to have flown over the warriors of the Clan MacLeod as they headed into battle around 800 AD. That simple fact that I, in present day, was looking at something a warrior of 800 AD rode into battle with was powerful. It’s that juxtaposition of history in the present day and the weighted feeling that ancient things carry that inspired me and I hope tthat I was able to capture within Rowan and Cole’s story.
3. What do you like to do when you are not writing?
In the rare moment that I’m not making characters fall in love or fight I’m attacking weeds in my oft neglected garden. Besides gardening you can find me trying out a new restaurant in town with friends or riding my bike or just hanging out with my husband and our two rascally pugs. :0)
4. What are you currently working on/ what is your next book about?
Currently I’m working on a new novel, its working title is called The Mechanic. It’s quite different from The Legend of Lady MacLaoch, as it is set here in the US and is much more of a gritty love story. The main characters are a woman named Eva Rodgers, she’s a business woman and chief editing officer for a large magazine, and a man named Nathaniel Vellanove who is a street-wise European auto mechanic with a brutal past. The grit comes out in strong language, even stronger characters and a storyline that is about fast cars, smart yet tragic youths and intense life changes, oh and the bond of it all: love. Currently planned to release early 2012.
Thank you very much for allowing me to interview you and be a part of your fabulous tour.
I know I for one am looking forward to this very sexy sounding European man in the next book.
I am the last person on the tour but if you would like you can check out the previous stops.
Thank you all for joining me today.
Sunday, September 25
Romancing the Book
http://www.romancing-the-book.com/

One Response to “The Legend of Lady MacLaoch Tour: Author Interview”