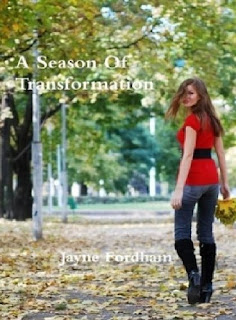 Publication Date: March 2011
Classification: YA Novel
Challenge: Outdo Yourself
Source: Author for Review
Summary from Goodreads:
A Season of Transformation is a young adult fantasy/ romance novel set in the contemporary world. It is the story of five young people drawn together to complete a Quest, to protect their town from destruction. In order to defeat the story’s villain, Maxvale, the five virtual strangers must come together and not only forge a bond of trust but become proficient with the ‘abilities’ temporarily bestowed upon them.
My Thoughts:
A group of very different teenagers are going to have to come together to fight an old spirit that comes back every 100 years to destroy the people in the town. The spirit/villain is Maxvale, he was accused of killing his wife and children after he found out that his wife cheated on him. It will be up to Makenna, Lucas, Bonnie, Ben, and Adam to fight this spirit, even though they are just ordinary teenagers. Makenna is just your average student, Lucas is the trouble-maker since he is repeating his 11th year in school, Bonnie is the girl who hides behind her black gothic clothing, Ben is the super smart kid who will forever be picked on, and Adam is the class clown. Each one of these five is very different and they were never friends in school but that will quickly change when they learn about their powers.
Ultimately this is a story about growing up with a paranormal twist. Everyone who has attended high school knows that certain people have their groups and they don’t go outside of them to make friends. It is interesting to see all of the funny moments between all of the characters as they try to get use to hanging out together as a group. Plus all of their powers are pretty neat, I especially like Ben’s power, he has a power called rapid knowledge acquistion which means he can touch a book and learn the entire contents of the book. It was fun to see all of the characters try to blend to become one great group. Plus there is a little romance between Makenna and Lucas to keep the back story interesting. Of course every girl loves the bad boy attitude even if Lucas does sort of reform for Makenna.
Overall, the beginning of this book felt like a middle school read to be honest.  The characters are anywhere from 16-18 but I didn’t get that impression until later when the romance started to happen between Mak and Lucas. The word choice and some of the grammar could have used some work, this could have also been because the author lives in Australia and they have different phrases there.I would really say that this was a simple story between good and evil. It didn’t even feel like the story was even about defeating the evil spirit until the very end of the book, plus everything got wrapped up so nicely. Overall it was a cute read but it was lacking a little depth so it gets 4 hearts from me.

Hi Jayne, welcome to Pages of Forbidden Love, thank you for being here today.
Hi Alexa, thank you so much for having me.
Why did you decide to become a writer?
Well, I guess I didn’t really ‘decide’to become a writer. I’ve always enjoyed reading and writing but I never really took it seriously. I actually went off to University and studied psychology and I am now a registered psychologist working in the mental health field. Over the past few years I’ve taken up writing again and decided that I wanted to spend more time writing, something I really enjoy. When I finished my firstnovel, A Season of Transformation, a couple of years ago I felt very proud and only then started to consider myself as a writer.
What are five fun facts about you?
Hmm. Well I love chocolate. I play soccer (a.k.a football). I’m a psychologist (although some people may not find this fun!). I have the cutest little dog named Buddy. I have a book review blog! (The Australian Bookshelf)
What inspired you to write a story for teens instead of one for adults?
When I started brainstorming the ideas for A Season Of Transformation, I realised that the storyline really would fit better with a younger audience. You know, finding a magical box in the local showgrounds and developing special powers just seemed better suited for teens. I am currently working on another fantasy novel for adults at the moment which has been a nice change.
Since you are an Australian author, do you think that people everywhere will be able to relate with your book, particularly the slang that you use?
The feedback I am getting at the moment has been really positive. Australian readers seem to enjoy the Aussie ‘slang’but overseas readers have sometimes become a little lost. But hey, we still speak English over here! I hope that in the end, readers from anywhere will be able to connect with the characters and maybe even learn a few Aussie slang phrases at the same time!
Each one of your characters has a power, which power, of those five, would you like to have? Why?
All of them! Nah, I think each of the powers would be useful in different situations. For instance, when I play soccer obviously speed flexibility would come in handy! When I don’t feel like reaching over to the T.V remote control then telekinesis would be perfect haha. Oh and certainly rapid knowledge acquisition would be very helpful when studying.
Will there be more to the group’s story in a sequel perhaps?
I have started jotting down ideas for a sequel and have a loose plot in mind. I am working on another project at the moment but I do hope to create a sequel for A Season OfTransformation at some stage. I’d love to know whether readers would like to continue with the group’s adventures or not.
Thanks so much for joining me today!
Thanks for having me!

No Responses to “Review and Interview: A Season of Transformation by Jayne Fordham”