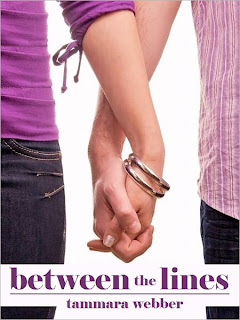 Publication Date: May 2011
Classification: YA Novel
Challenge: Outdo Yourself
Source: Author for Review
Summary from Barnes and Noble:
When Hollywood It Boy, Reid Alexander, arrives on location to shoot his next movie, his goals are the same as always—film another blockbuster hit and enjoy his celebrity status to the fullest while doing so. His costar is a virtual unknown with whom he had blazing hot chemistry during her auditions. The universe is lining up nicely to grant whatever he wants, as usual, until he’s confronted with unexpected obstacles on location like a bitter ex-girlfriend and a rival for the first girl to spark his genuine interest in years.

Emma Pierce just got her big break after more than a decade of filming commercials for grape juice, department stores and tampons, and more recently, bit parts in made-for-TV movies. Nailing the lead role in a wide-release film sent her agent, father and stepmother into raptures, and should have done the same for her. The Problem? Emma is experiencing a building desire to be normal, and starring in a silly, modernized adaptation of one of her favorite novels—opposite the very hot Reid Alexander—isn’t going to advance that aspiration.

Graham Douglas doesn’t fear playing the part of a nerdy dimwit; when it comes to choosing film roles, if it pays, he’ll do it. Besides, his friend Brooke Cameron snatched up the role of the bitchy hot girl and could use his help as a buffer, because her ex is the star. Graham has no problem keeping a handle on the situation, until he finds himself attracted to Reid’s costar, Emma, the girl Reid is pursuing full-throttle with his standard arsenal of charm, good looks and arrogance.

My Thoughts:
Since the summary of this book does such a great job I’m just going to say directly what I think. This book is actually told in opposite view points, on one hand the readers see exactly what Reid is thinking and on the other is Emma’s point of view. This makes the story interesting in the beginning because I for one always love to see things from the guy’s point of view. It is not often in YA books to actually be in the head of the main male character so I did enjoy this aspect of the storyline. So overall the beginning of the storyline really drew in my attention because I wanted to learn more about Emma and a possible romance that she would have with her hot co-star Reid.
In the middle of the book is where I really started to have my doubts about where the whole concept of the storyline was going. It felt like everything was slowly falling apart in the characters’ lives and there was an all time low feeling. To add to the misery that the characters were putting themselves through I really was starting to hate the fact that half the book was in Reid’s perspective. While in the mind set of Reid all the reader ever really gets in the middle section of the book is a stereotypical male attitude, plainly put, he wants to sleep with every girl in sight. This means he has stopped taking Emma’s feelings to consideration and he is just the type of guy that girls always plan on avoiding. While all of the drama is happening with Reid, Emma is having her own drama with her best friend Emily and the fact that Graham has kissed her and seems more than friend material. Yes my fellow lovers of YA romance, the love triangle strikes yet again. However, like most love triangles I only really liked one male character of the two leading males, I’m sure you can guess who that is since I’m not a fan of Reid’s attitude.
While the middle really started to sag for me the ending is what really pulled the whole experience up. I really started to enjoy some of the lessons that the teens in the story were learning. Valuable lessons such as figuring out what exactly you want in a guy that you are dating, who is right for you, and major life choices. Sometimes even if you feel something for a guy that doesn’t mean he is the right guy for you. I felt that the teens were making some of the mistakes that I made when I was in high school and I learned a great deal from my mistakes so I was very happy to see the characters struggle and yet find themselves in all of the drama that was going on. In high school many things make it seem like the world is going to end and sometimes you don’t realize until you are older that the world isn’t ending over every little piece of drama that goes on.
Overall, I might have had my ups and downs with Between the Lines but I felt the story stayed true to teenagers. Every teen will make mistakes and learn great life lessons along the way. As every adult knows, sometimes you have to go through years of mistakes in order to change to become a better person

by learning from those mistakes. Plus I really did like Graham, (maybe this was also because he was in the 20-21 age range and that is my age so I felt connected with his calm approach to life amoungst the drama of the teens) and Emma. Overall if you want to remember some of the times you had in high school or if you are still in high school, looking for a contemporary romance I suggest you read this one, it gets 4 hearts from me.