Scaling Mt. Read Me is a feature where we will be pulling a few books that have ended up in the never ending TBR and spotlighting them here. Some of us can’t admit to having a to be read “pile” as it has exploded into it’s own mountain range, hence the name Mt. Read Me. 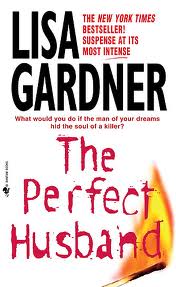 The Perfect Husband by Lisa Gardner
Description from Amazon.com
What would you do if the man of your dreams hides the soul of a killer?
Jim Beckett was everything she’d ever dreamed of…But two years after Tess married the decorated cop and bore his child, she helped put him behind bars for savagely murdering ten women. Even locked up in a maximum security prison, he vowed he would come after her and make her pay. Now the cunning killer has escaped–and the most dangerous game of all begins….

After a lifetime of fear, Tess will do something she’s never done before. She’s going to learn to protect her daughter and fight back, with the help of a burned-out ex-marine. As the largest manhunt four states have ever seen mobilizes to catch Beckett, the clock winds down to the terrifying reunion between husband and wife. And Tess knows that this time, her only choices are to kill–or be killed.

Chasing the Sun by Kaki Warner
Description from Amazon.com
Daisy Etheridge always yearned to sing. But along the way she fell in love, had her heart broken, and bore a child to a man who loved another. Now she has a second chance to realize her dreams.

Jack Wilkins left his family’s ranch three years ago with his childhood love, only to lose her. Now, he’s back to try and win her one last time. Then a woman from his past appears…with a baby that has eyes like his own.

Now, Jack and Daisy must choose what they want out of their lives-and out of each other.

Captive of Sin by Anna Campbell

Returning home to Cornwall after an unspeakable tragedy, Sir Gideon Trevithick comes upon a defiant beauty in danger and vows to protect her whatever the cost. He’s dismayed to discover that she’s none other than Lady Charis Weston, England’s wealthiest heiress—and that the only way to save her from the violent stepbrothers determined to steal her fortune is to wed her himself! Now Gideon must hide the dark secrets of his life from the bride he desires more with every heartbeat.

She promised to show him how to love—and desire—again . . .

Charis has heard all about Gideon, the dangerously handsome hero with the mysterious past. She’s grateful for his help but utterly unwilling to endure a marriage of convenience—especially to a man whose touch leaves her breathless. Desperate to drive him mad with passion, she would do anything to make Gideon lose control—and fall captive to irresistible, undeniable sin.

MacKayla Lane’s life is good. She has great friends, a decent job, and a car that breaks down only every other week or so. In other words, she’s your perfectly ordinary twenty-first-century woman. Or so she thinks…until something extraordinary happens.

When her sister is murdered, leaving a single clue to her death–a cryptic message on Mac’s cell phone–Mac journeys to Ireland in search of answers. The quest to find her sister’s killer draws her into a shadowy realm where nothing is as it seems, where good and evil wear the same treacherously seductive mask. She is soon faced with an even greater challenge: staying alive long enough to learn how to handle a power she had no idea she possessed–a gift that allows her to see beyond the world of man, into the dangerous realm of the Fae.

As Mac delves deeper into the mystery of her sister’s death, her every move is shadowed by the dark, mysterious Jericho, a man with no past and only mockery for a future. As she begins to close in on the truth, the ruthless Vlane–an alpha Fae who makes sex an addiction for human women–closes in on her. And as the boundary between worlds begins to crumble, Mac’s true mission becomes clear: find the elusive Sinsar Dubh before someone else claims the all-powerful Dark Book–because whoever gets to it first holds nothing less than complete control of the very fabric of both worlds in their hands.

No Responses to “Scaling Mt Read Me”